At Modiv, we believe adhering to best-in-class corporate governance can help drive shareholder value. That’s why Modiv has long been committed to putting our investors first and doing business the right way, driven by a board of directors and management team with decades of institutional real estate industry experience. Our corporate governance policies and guidelines address many factors to help protect our shareholders. 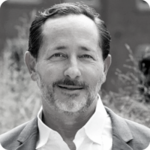 Mr. Markman serves as the Non-Executive Chairman of the Board and an independent member of Modiv’s board of directors. He has extensive experience leading investment initiatives for real estate investment trusts.

Mr. Markman served as Executive Vice President, Chief Financial Officer and Treasurer of Equity Commonwealth, a REIT primarily investing in office properties, from July 2014 to March 2021. From 1994 to 2014, Mr. Markman was Managing Director of Green Street Advisors, Inc., a real estate research firm, where he headed the firm's consulting and advisory practice. He has also served as a real estate consultant as well as a board member and advisor for other commercial real estate firms. 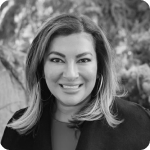 Ms. Ishaq is a successful entrepreneur and business leader.

Ms. Ishaq has served as the Chief Executive Officer of Modere, a global, clean lifestyle brand providing an advanced science portfolio of beauty and personal care, health and wellness, and household products. She has been recognized by the Women Presidents' Organization, JP Morgan Chase, Forbes and Newsweek for her leadership and creating highly respected workplaces. Prior to founding a company that was acquired by Modere, M. Ishaq worked for BlackRock, Inc. 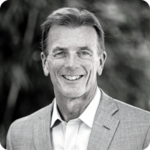 Mr. McWilliams is a real estate industry veteran with over 25 years of experience in finance and real estate.

He retired from his position as President and Chief Executive Officer of CNL Real Estate Advisors, Inc. in 2010 after serving in the role from2007. Mr. McWilliams was also the President and Chief Executive Officer of Trustreet Properties Inc. from 1997 to 2007 and a director of the company from 2005 to 2007. He has extensive experience serving as an independent director for several other publicly traded companies. 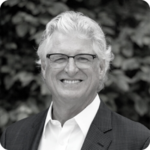 Mr. Nolan has been a director of WashREIT since 2015 and previously served as Chief Executive Officer of Spirit Realty Capital, Inc. From 2005 to 2010, he was a member of the senior management team that led the emergence from bankruptcy of General Growth Properties, Inc., which included the restructuring of $15.0 billion in project-level debt, payment in full of all of GGP’s pre-petition creditors and the securing of $6.8 billion in equity commitments. 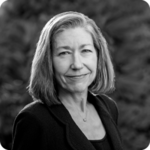 Ms. Smith has over 30 years of financial services and real estate experience, serving in a variety of senior legal roles.

Most recently, Ms. Smith served as the Chief Legal Officer for Workplace Solutions and Prudential Retirement. Prior to Prudential, Ms. Smith served in various senior legal roles for Cole Real Estate Investments, Inc., a publicly traded net-lease REIT and product sponsor, most recently as Executive Vice President and General Counsel. While at Cole, she played an integral role in the company’s internalization of its external manager and subsequent listing on the NYSE, as well as structured several mergers and advised on the development and distribution of multiple non-listed REIT offerings. She has also worked for World Group Securities, Inc. (merged into Transamerica Financial Advisors), ING Americas and Sutherland Asbill & Brennan LLP (now Eversheds Sutherland). 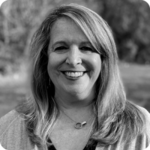 Ms. Tirondola has extensive experience in real estate, finance and accounting having worked for some of the most respected companies in the industry. 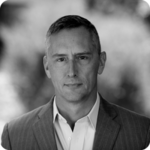 Mr. Halfacre serves as Modiv’s Chief Executive Officer and President and a member of the board of directors.

A seasoned executive with over 25 years in the real estate industry, Mr. Halfacre has been involved in myriad REIT mergers and acquisitions transactions over the course of his career, totaling more than $17 billion in transaction value. His previously held positions include President at RealtyMogul, President and CIO of Campus Crest, and senior leadership roles at Cole Real Estate Investments, BlackRock and Green Street Advisors. Mr. Halfacre holds both Chartered Financial Analyst® (CFA) and Chartered Alternative Investment Analyst® (CAIA) designations and earned a Masters of Business Administration degree in Finance from Rice University. 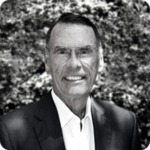 Mr. Wirta is a founder of Modiv and served as our Chairman of the Board from 2016 to November 2021. He now serves as a non-voting board observer, bringing his unparalleled talent for uncovering opportunities and delivering shareholder value based on his 50 years of experience in the real estate industry. Mr. Wirta continues to play an active role at The Koll Company as its Chief Executive Officer, having previously served as the company’s President from 1991 to 1994. Additionally, he served as President of Irvine Company until 2019, and from 1999 to 2005 he was the chairman and Chief Executive Officer of CBRE Group, Inc., a Fortune 500 and S&P 500 company and the world’s largest commercial real estate services and investment firm.

We use cookies to offer you a better browsing experience, including personalized advertising. By continuing to use the site you agree to their use.